Not a good start for Beşiktaş Mogaz 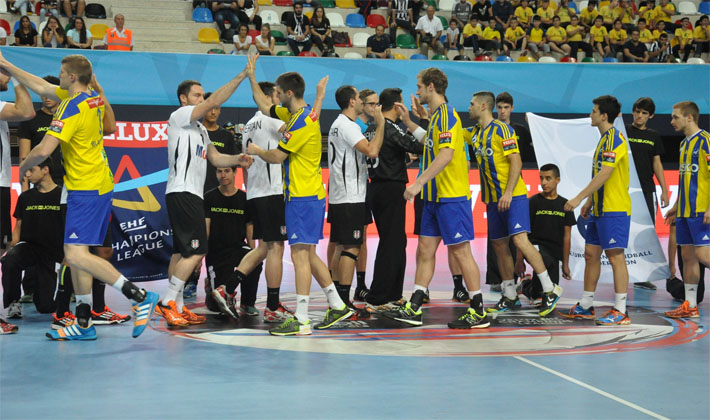 Hentbolhaber.net contributor Dr. Altay Atlı was in Izmit to watch the VELUX EHF Champions League game between Beşiktaş Mogaz and RK Celje Pivovarna Laško. Here is his commentary about the match.

DR.ALTAY ATLI / HENTBOLHABER.NET – Beşiktaş Mogaz has lost its first match in this year’s VELUX EHF Champions League against the Slovenian team RK Celje Pivovarna Laško with 30-24. This was for sure not the result that we expected and hoped for, especially given that it was a home game. However, we need now to leave the lost two points aside, and have a closer look at Beşiktaş’s performance, its weaknesses, and what has been going wrong so that efforts can be made to improve the team’s performance. This is the very beginning of a long competition period after all. 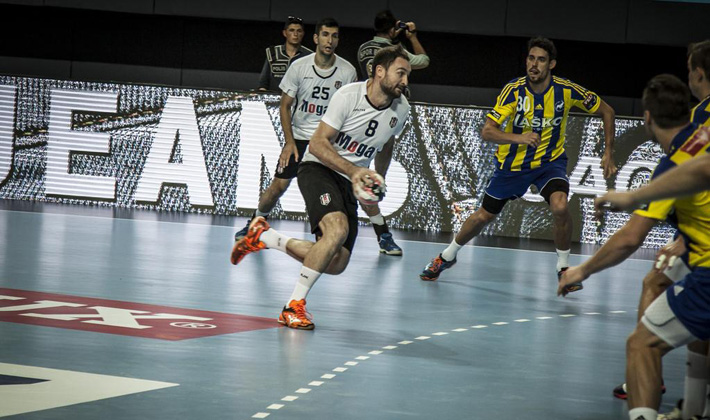 It was the guest team who made a forceful entry to the match managing to reach a lead of 6-3 in the 8th minute. In the following minutes, however, Beşiktaş managed to establish the balance. With its effective combinations in set play Celje made good use of the weak points in Beşiktaş defense and scored goals, whereas in the early period of the match Beşiktaş was rather struggling to find open positions. Most of the scoring on Beşiktaş side in this period came through penalty shots. After the 20th minute of the game Beşiktaş improved its offensive efficiency while at the same time goalkeeper Miroslav Kocić, who had so far only one single save, took the game to his hands. Better attacking and successful goalkeeping brought the score back to the balance; in the 29th minute Beşiktaş took the lead for the first time in the match and the first half ended with a tie of 13-13. 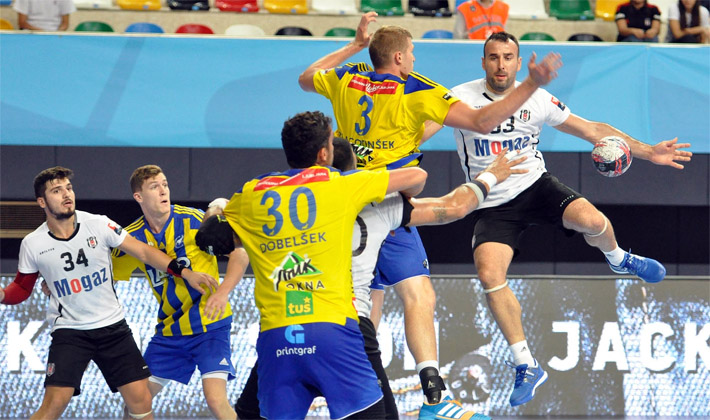 Beşiktaş was the team that took the upper hand at the beginning of the second half but Celje refused to remain behind. In the 43rd minute it was 19-19 on the scoreboard, and that was the breaking point of the match. After this point we have watched Celje maintaining its cold blooded game and playing professionally, and Beşiktaş regretting the absence of its injured players, having increasingly gaps in its defense and disconnections in its offensive formation. In this part of the game, Celje repeatedly turned the balls it has intercepted in defense to fast breaks, further widening the goal difference against the home team. At one point Beşiktaş players committed an offensive foul when the opponent was one man down, and the team further descended into loss of efficiency. During the last 17 minutes of the game Beşiktaş managed to score 5 goals, against 11 from Celje and left the court with a loss of 30-24. 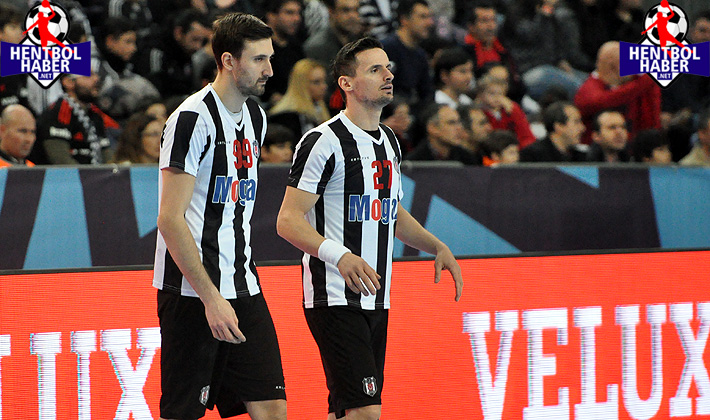 The absence of injured players, Ivan Ninčević and David Rašić, has seriously made a difference for Beşiktaş. These players are crucial components of Beşiktaş’s game and we have seen that Beşiktaş finds it difficult to keep the pace when these players are not on the field. Experienced Ramazan Döne was the top scorer of Beşiktaş with 7 goals, but it requires to be noted that 5 of these goals came through penalty shots. It was Predrag Dačević who had the most remarkable scoring performance on Beşiktaş’s side; with his dynamic game play the Serbian player pushed the Celje defense to its limits during the game and managed to score 6 goals. Dačević’s scoring ratio during the game was a remarkable 86 percent. In the meantime, Nemanja Pribak who faced one-to-one defense from Celje, scored three goals. 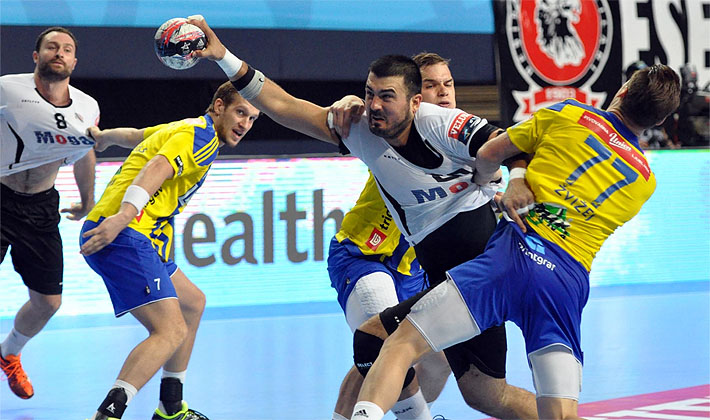 Two players from Beşiktaş deserve a special evaluation here. The line player Tolga Özbahar scored only one single goal during the game, yet out of the ten penalty shots awarded to Beşiktaş, nine was his making. In other words, whenever the Beşiktaş offense managed to get the ball to the line, it was only through fouls that the Celje defense could stop Tolga. At one point during the game, he was surrounded by three Celje players who were simultaneously trying to hold and stop him. 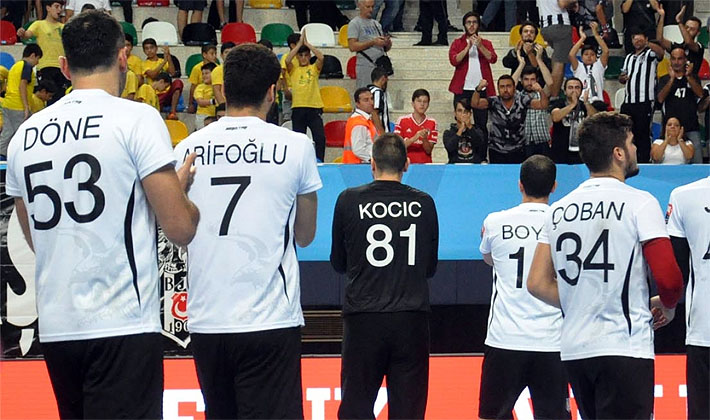 And the goalkeeper Miroslav Kocić… His performance in the Turkish Super Cup final against Merzifon Belediyesi last week was poor. In the first part of the Celje he performed again very weakly drawing the criticism of pundits and spectators alike. During the first 20 minutes of the game 12 out of the criticism that Celje took were in, and Kocić managed only to make one save. However, after that point Kocić began to show his real self. During the remaining ten minutes of the first half he saved 7 of 9 shots and these saves included two fast breaks and a penalty shot. In the second half, despite the increasing gaps in Beşiktaş defense he managed to save 10 shots of 26. Miroslav Kocić is a good goalkeeper and he has proven this against Celje. He only needs a little more time and to optimize his harmony with the defence playing in front of him.

When it comes to Celje, we can safely argue that they have shown how a successful teamwork can be performed by young players. In the center back David Razgor was very effective, crowning his good performance with six goals. In set game the team was particularly effective from the right back position and found several goals through this channel. Ziga Mlakar scored seven and Šime Ivić scored four goals from this position. The 18-year old right winger Blaž Janc, whose performance we were eagerly expecting before the game, managed to score four goals, but in several other positions he found, he could not get past the Beşiktaş goalie.

Beşiktaş could not win against Celje that was not really superior to it. Now it is time to work and fix the shortcomings. After Celje’s youngsters, the next opponent will be Paris St.Germain’s galaxy of stars.