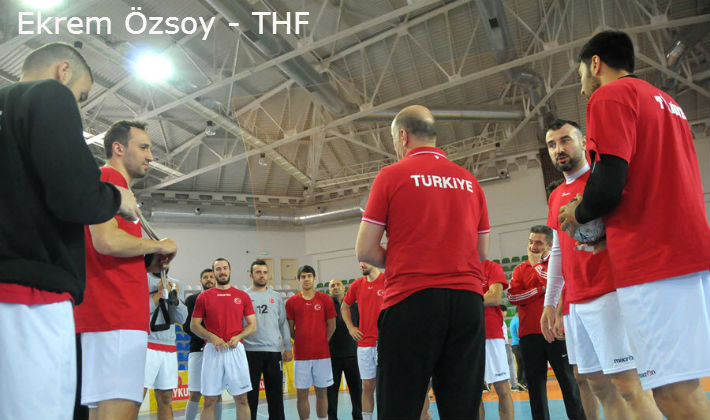 A few times Turkey have been knocking on the door to the EHF EURO, but it never opened for them.

However, as the team enters the EHF EURO 2020 Qualification, players and coaches are determined to turn the tide – and there is one thing that works in their favour.

“The EHF’s decision to expand the field of participants from 16 to 24 teams come 2020 benefits the middle ranked nations of European handball,” says head coach Adnan Öztürk.

“This is a big opportunity for Turkey to compete at the highest level, but first and foremost we have to qualify for the main qualification round.

“We are looking good on paper but the biggest mistake you can make in any competition is underestimating your opponents.

“Estonia’s have more players in European leagues than we have and they were even represented at the VELUX EHF FINAL4 (2016). We have a long road ahead to the EHF EURO 2020, starting with Qualification Phase 1. And the teams are more or less equal in this phase.”

It is not by chance that Öztürk mentions Estonia. The Baltic side is one of two opponents for Turkey in Group B, with Kosovo being the second.

Turkey start their campaign with a double header against Kosovo on 2 and 6 November and then face Estonia in the middle of January 2017. Only the group winners make it to the next qualification phase, the teams ranked second and third get a new chance in the European Trophy played in June 2017. 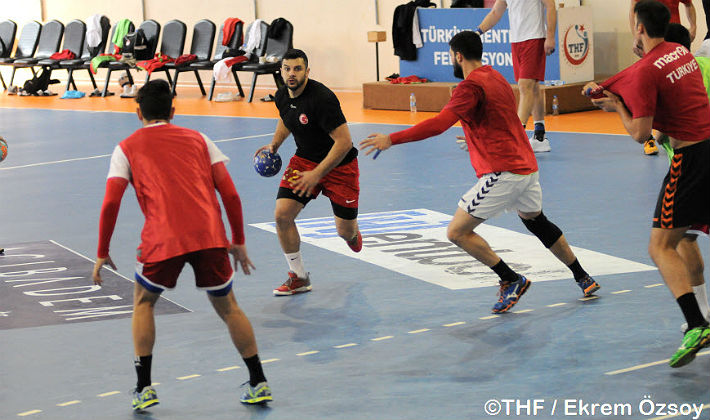 One of Öztürk’s main worries at the moment is the lack of players aged between 21 and 23. “The lack of this generation is troubling us. These are the top athletes of today and the near future and we have none of them! We are paying dearly for planning errors made some years ago,” said Öztürk.

However, at the same time the head coach looks at the up and coming generation of Turkish players, those that were born between 1997 and 2000, with a lot of optimism. They will be at their prime come the EHF EURO 2022, one of Öztürk’s main targets.

At the same time the coach is aware that the road to full competitiveness with Europe’s best handball nations is a long one.

“We need to increase the overall quality of our league in order to attract top players because playing with talented stars is critical for the next generation of Turkish handball,” said Öztürk.

“Without further steps towards professionalism, Turkish handball will not belong to Europe’s strongest handball top nations. Our top players are teachers, bankers, engineers. At the moment, we are pretty far behind compared to our European opponents.”

“I can’t play handball until hell freezes over”

When it comes to the upcoming qualifiers against Kosovo, Turkish handball stalwarts such as team captain Ramazan Döne, line player Tolga Özbahar, goalkeeper Yunus Özmusul and right back Can Çelebi will still be key to success with their international experience.

Furthermore, the current young guns of Turkish handball, such as Doruk Pehlivan who was named All-star left back at the Men’s 18 EHF Championship in Bulgaria this summer, are excited for their chance to shine.

“The EHF’s decision is monumental, I think. Countries like ours have become more motivated to fight for the additional places at European Championships.

“I hope this new system will be a milestone and our rejuvenated roster will do great things for Turkish handball. Many young players like me are ready to work as hard as possible. We will give all we have, work for more and always go forward,” Pehlivan said.

35-year-old team captain Ramazan Döne sees the EHF EURO 2020 as probably his last chance to fulfil one of his biggest dreams.

“I always thought Turkey would be there one day when I was watching EHF EURO events on TV. I want to wear the national jersey at a European Championship before I end my career.

“I can’t play handball until hell freezes over. Time is ticking. But I’ll do my best to reach this goal as long as my body and mind allows.”