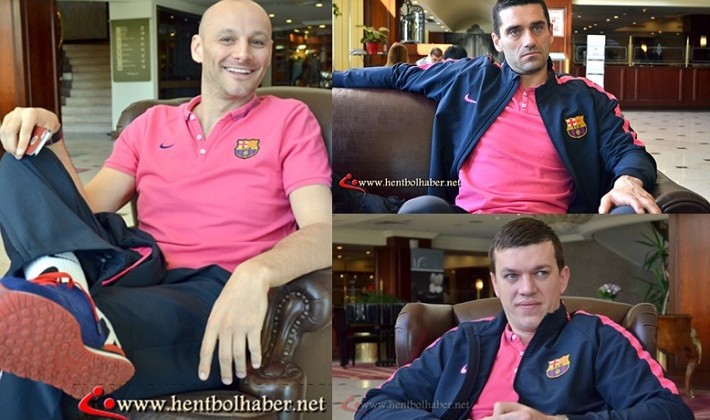 FC Barcelona stars talked about their careers, future plans and off course about the most thrilling challenge: VELUX EHF Champions League Final 4…

Hentbolhaber.Net: Saric, congratulations on the World Championship. Your performance was outstanding. Would you please share your thoughts?

Danijel Saric: I prepared really good for the championship in Qatar because I would like to be in this challenge and playing a good competition as it is a world championship. We showed that our team can play in highest level. I evolved during this world championship and finally we won the silver medal. For my sports career it was amazing. 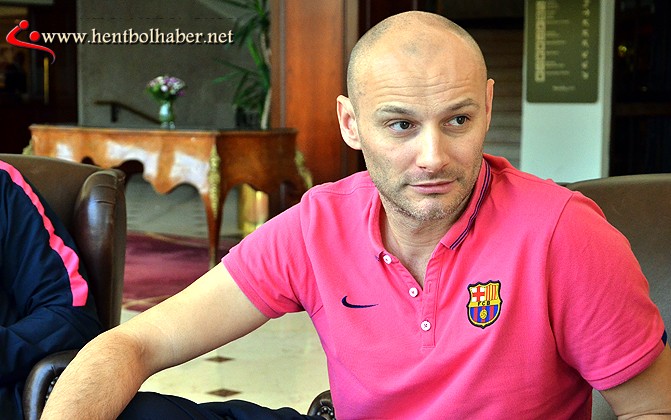 Hentbolhaber.Net: How did you achieve this, it was a surprise. Coach Rivera (Valero Rivera) did a good job, also you. But how did it happen against all those European teams?

Danijel Saric: First of all we had a very good team. We were very passionate. And especially contribution of Coach Valero Rivera is essential. He put the team in a right way and he showed the team worth it.

Hentbolhaber.Net: This is a question for all you. Last year, as an all time favorite, you didn’t make it to final of the champions league. What are your expectations this year?

Danijel Saric: It showed that there are no favorites in this kind of tournaments final four. The team we defeated (MKB-MVM Veszprém) has more luck, more fit. Two years ago when HSV Hamburg won the title everybody surprised. Again no favorites in champions league especially in final four. 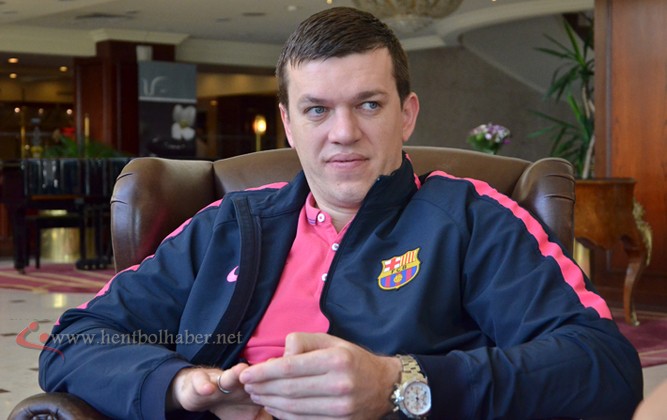 Siarhei Rutenka: I agree with Danijel because in the last few seasons we are especially speaking about this. It is very special tournament (VELUX EHF CL F4) because of the teams playing only one game. You depend a lot on your form to play in this level. You have to show great performance. Flensburg team was very good and had very good strategy, tactics and they beat us. Of course we are very sad about this. We hope this season we can make more. 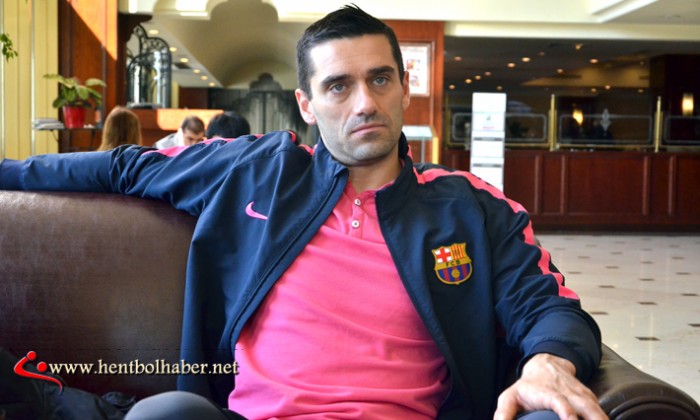 Kiril Lazarov: I believe that we can do more because I believe in our team. We deserve better. Last year, when we were speaking to our friends, they said that you need to be very strong, prepared and believe in your team.

Hentbolhaber.Net: This is a young Turkish national players’s photograph. His name is Kadir Arı. Very striking resemblence to Rutenka. Any difference? (laughter) 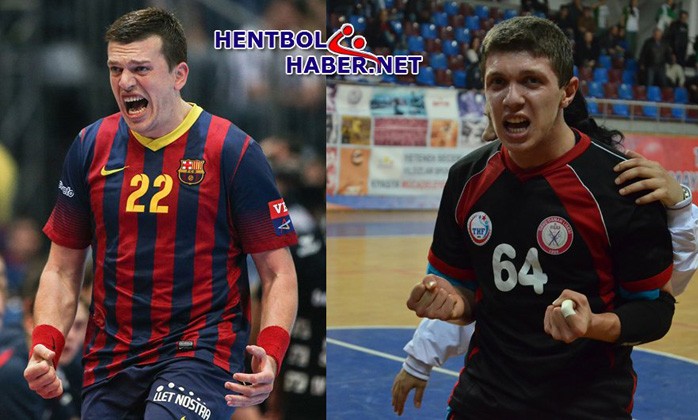 Danijel Saric: Maybe his brother. (doubled up with laughter)

Hentbolhaber.Net: Rutenka, Kadir looks like you as you see. He is a fan and wants be a top player like you. What would you like to say, any message for him?

Siarhei Rutenka: This photo is really similar. I wish this player a great career. A lot of health off course and lot of luck because in the sports all you need is luck. I wish all the best for this guy. It is a really funny picture, though. (laughter)

Hentbolhaber.Net: We are very happy right now because we are chatting with the elites of world handball. What do want to achieve as a player and after you finished your career as an active player, what are your future plans?

Danijel Saric: I don’t have in my mind what I will do in the future after finishing my career. I try to enjoy with my job. I think with the team we have right now we have a long career to develop yet. 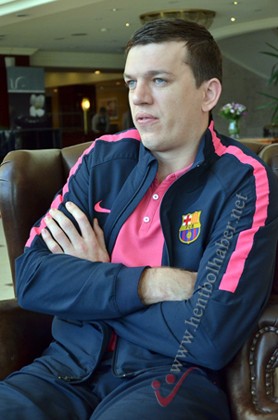 Siarhei Rutenka: About motivation and active career, for me  it  is very easy because I just want to try to be one of those  heading players in the club level for expample in champions  league. All I try to do is this. As I aimed for that I don’t have any motivation problems. My target helps me to work more harder and don’t think about my years. But life after the sports career I don’t  know. During these years of my life I learned one thing that life makes a lot of turns and career is one of the stages. So till the moment I won’t think anything besides handball. But anything can happen in life. It’s difficult to speak now what we will do. This is my opinion. So I just try to prepare my life out of the sports and see what will happen. I hope I still have years for  playing.

Hentbolhaber.Net: Lazarov, you played against Çankaya Belediyesi in Champions League. You were so young and your opponent made a good defence against you. After two years you became literally unstoppable. Your progress was great. How did you do that? 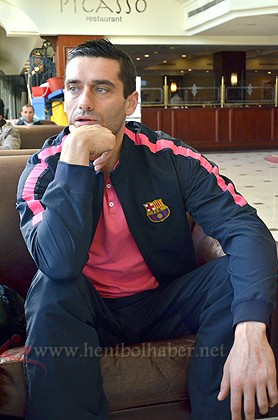 Kiril Lazarov: The most important thing for every young player is to play in good clubs. In my example, my first international club was Zagreb and at that time Zagreb was one of the best teams in Europe. I always choose good clubs in my career like Zagreb, Vezsprem, Ciudad Real and Barcelona. It is very important for young players to be in good clubs because in good clubs, you’ll play with good players and against good players. You learn from them. Your career will rise together.

For a young player, the first step is to be in a good club because in good clubs you have to learn more and the other important thing in those clubs are trainers. It is good to have a very good trainer and you can learn a lot from them.

(In 1996/1997 Season, after playing two games against Çankaya Belediye, Zagreb proceeded to Group Phase (16 teams), finished that phase as leader of Group B, defeated ABC Braga in quarter finals then THW Kiel in semifinals and played the EHF Champions League final with FC Barcelona)

Hentbolhaber.Net: Classical question. What do you think about Turkish handball? 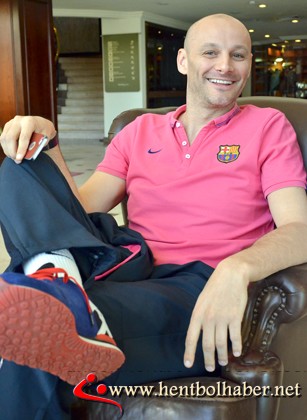 Siarhei Rutenka: I played for the very first time in Turkey in my  career. Honestly I don’t know very well about Turkish handball but  I understand that Turkey interested in investing to handball. With  better teams in Turkey will be good for handball that our sport will  get a wider geography. It is nice and I hope they will get good  results  in future.

Kiril Lazarov: Beşiktaş played good handball. We know Beşiktaş has  a good tradition in sports and Turkiye is a strong counrty deserves  to have strong handball. I don’t know why a country like Turkiye don’t choose handball as a favorite sport.

Hentbolhaber.Net: We would like to ask your opinions about the most powerful leagues in Europe and which one is your favorite?

Danijel Saric: The league that you have to play very competitive matches: Bundesliga. In French league, they play a very good handball, too. And Asobal.

Siarhei Rutenka: I would like to say that best league is Spanish but unfortunately the economics crisis affects the teams and sponsors. Our league is falling down. So for me this moment best league in sports part, in economic and in management parts; with everything for sure it’s German league Bundesliga.

Kiril Lazarov: Every year it changes for me. In this moment German league is the best. Very near French. Three years ago it was Asobal. 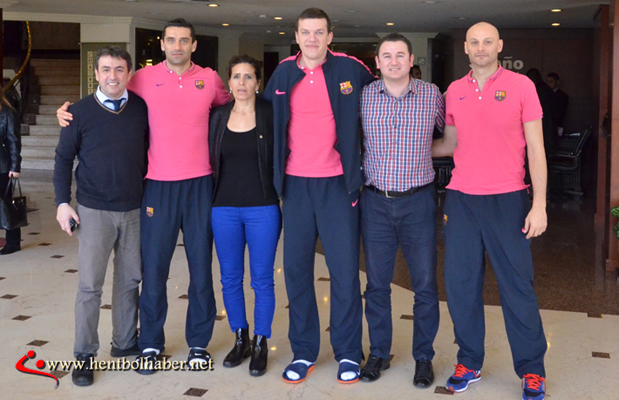